What steps can individuals, businesses or world leaders take to address the most pressing and often interrelated water and energy challenges?

To answer this question it is necessary to look at the sources which we walk on. From the volume perspective, only 1 % of the Earth is colder than 1000°C and 0.1 % is colder than 100°C. This amount of energy is available continuously 24/7 without any carbon dioxide or other pollution and practically not exhaustible. Heat under the Earth’s surface is still permanently produced in the Earth’s volume by decay of uranium, thorium, etc. For effective geothermal electricity production, there is a need to drill between 8-10 km in hard rock, where the temperatures almost anywhere in the world exceed 300°C, optimal for steam turbines and high enthalpy heat production. 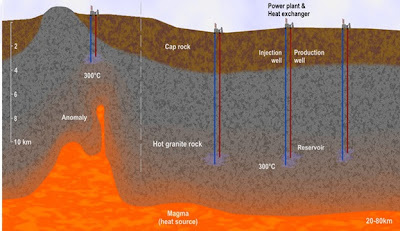 Research and development in emerging drilling technologies is aimed on effective deep drilling in hard rocks with the price linear with the depth, which is significant advancement in drilling technology. This enables to exploit geothermal energy practically anywhere in the world independent of the local geological situation. The most promising solutions are drilling systems based on thermal treatment on rocks. These systems provide cost effective and high speed drilling optimized for the hard rock environment. The technologies are oriented towards creation of power generation units ranging between 20 MW to 30 MW per unit, where drilling costs are expected to be less than $1M per drilled km. The main aim of the technology is to bring the position of the geothermal energy  in the world energy mix to its real potential as base load energy and real alternative to coal, oil & gas and nuclear, by RADICAL change through cost effective deep drilling.

Change of the strategy and paradigm of energy production: 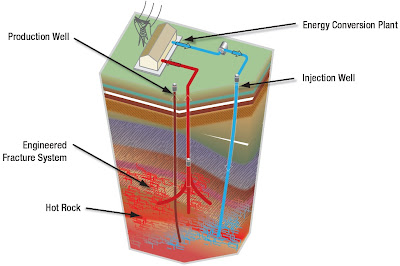 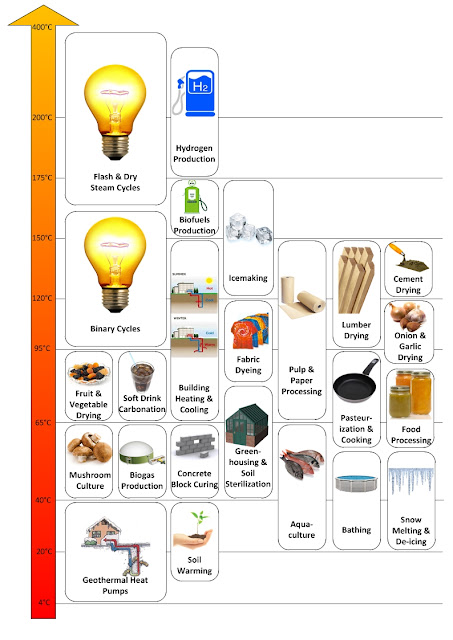 We believe that to address water and energy challenges it is necessary “to support development of emerging drilling technologies which will provide sustainable and safe energy for the future.”
Posted by geothermania at 14:43

Why to read us?

Geothermania is an independent blog focused on geothermal research and innovation, designed for CleanTech community. It provides a vital discussion forum for professionals in geothermal energy development.